A walk along a city road or its sidewalks can show us different scenes. Numerous little stories unfold as one walks down the sidewalk of a city. Every sidewalk tells a unique story every moment. Whether it is in the sprightly gait of a school going eight year old; an elderly gentleman walking past with his walking stick clattering against the concrete; or a young couple walking unmindful, lost in each other; the stories keep building up and a new story shows up every minute. Story after story after story.

But, there are other tales as well, that do not always walk. In urban centers in India, the sidewalks that are often referred to as footpaths are replete with other such stories. The two pictures below tell of two such accounts.

The first picture was taken in the middle of April 2016, in Jaipur. The summer was a scorching one and the brunt of it was borne by people who work outdoors, the public workers, hawkers and travelling villagers. At about mid day, I had found people looking up shady respite under trees, in gardens and on shaded pavements. I had seen dogs digging out holes in the ground in search of a cool surface to lay down on. I had come upon this scene where a couple of men and a couple of canines had settled themselves onto one such shaded sidewalk. 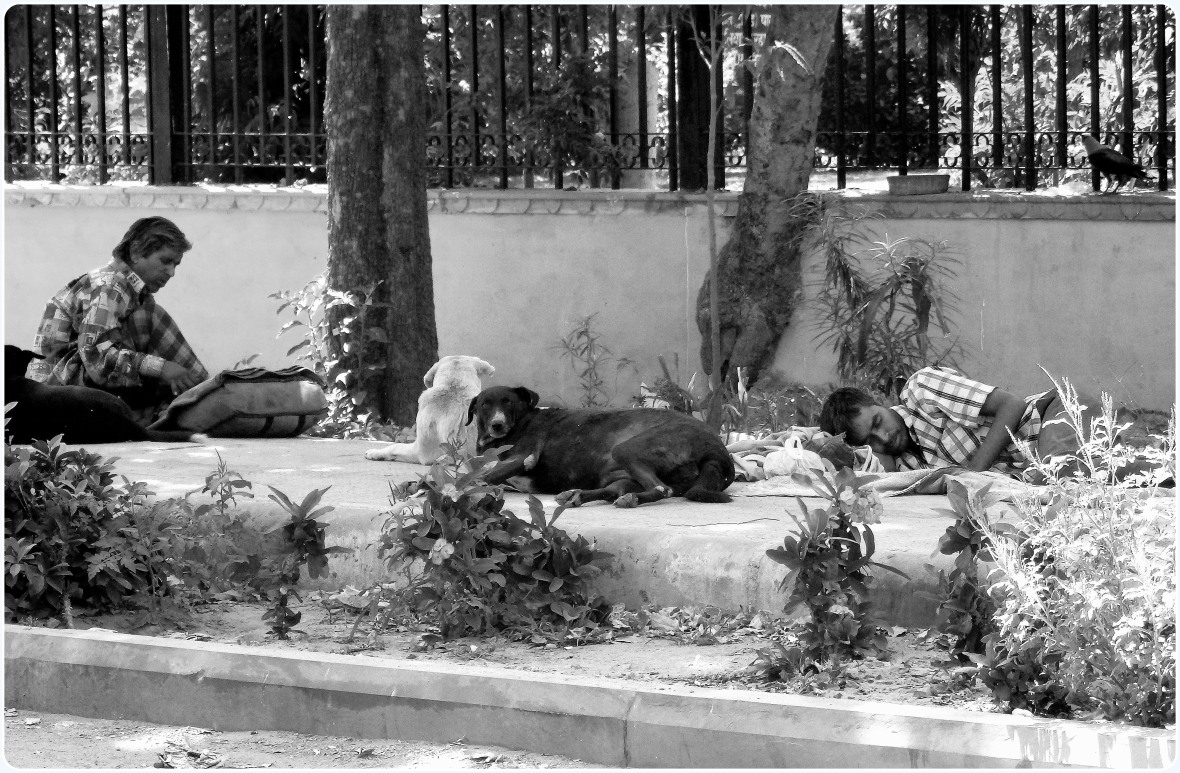 The same same day, in another part of Jaipur, the old walled city was bustling with usual activity. It usually gets very crowded at the peak of business hours. The next day was supposed to be the day of Gangaur festival. Potters had lined the sidewalks with their colorful earthenware. Although the sidewalk could no more be walked upon, one cannot deny that the bright red earthenware do make a splendid story of their own.

I love walking. In a new place, I prefer walking down the streets and sidewalks to get a real hang of the surroundings. It may sound funny but I love observing people as they go about their own businesses. In my mind, I put myself in their shoes to imagine what their story might be. Walking makes me feel one with the place. I cease to be a tourist in a new place and feel united with its unique fabric. It helps make me a better observer of the world around me and more empathetic in my human transactions.

If you want to see a place and feel it as well, hit the sidewalk. Soak in the numerous stories the place has to offer. That is what is the true essence of travelling.